Born in Mumbai, Meher Castelino’s involvement with fashion and beauty goes back to 1964 when she won the first Femina Miss India crown, soon after graduating from Lawrence School, Lovedale. She represented the country at the Miss Universe and Miss United Nations Contests.

A famous commercial and catwalk model, she has appeared in over 2,000 live fashion shows, many of which were conceived and directed by her. She has also headed the designing departments of export as well as local fashion houses and was Fashion Editor of Gentlemen’s Fashion Quarterly, Flair and Eve’s Weekly.

Widely travelled, Ms Castelino has modelled around the globe in a career that spanned over 14 years.

Since her first article in Eve’s Weekly in 1973 she has been a full-time fashion journalist and syndicated columnist. Pioneer of fashion journalism in India, her articles have frequently appeared in nearly 160 national and international publications.

She has been invited to visit Germany, France, Italy, USA, South Africa, Turkey, Netherlands and Singapore to view haute couture fashion shows by international designers and interview them. Ms Castelino is the official fashion writer for Lakmé Fashion Week since 2006.

Multi-award winner, Ms Castelino has instituted fashion awards and is the External Examiner for Pearl Academy. 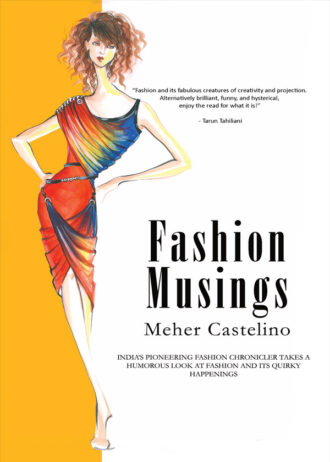