Born on 27 April 1938, Shantonu Sen belonged to a well-known family of Bengalis based in Jaipur, Rajasthan, where he spent much of his childhood, adolescence and youth. Educated in St. Xavier’s School and Maharaja College in the ‘pink city,’ he moved to Hindu College, University of Delhi, where he completed a master’s degree in English Literature. Unsure of the trajectory of his career, he became a teacher of the subject he studied. In 1963, he was admitted to the first batch of officers to be directly recruited by the Union Public Service Commission to work in the Delhi Special Police Establishment that went on to become the Central Bureau of Investigation (CBI).

He rose through the ranks in the CBI, was posted in different parts of India and travelled across the world, to France, China, the United Kingdom, Germany, Canada and Singapore, among other countries. He received the Police Medal for meritorious service in 1986 and the President of India’s Police Medal for distinguished service in 1992. He retired from the post of Joint Director in 1996 after 33 years of service in the CBI.

During his career, he investigated some of the most sensational and well-known criminal cases that hogged headlines in the country. After retirement, he worked in various capacities, including as an adviser to the Lieutenant Governor of Delhi and as a consultant to different companies in the public and private sectors. In 1998, together with Harsh Sethi, Editor, Seminar monthly and noted sociologist Shiv Visvanathan, he put together a book titled “Foul Play: Chronicles of Corruption” that compiled 18 true stories of corruption in India in the half-century between 1947 and 1997. He writes articles and columns for various publications and features frequently as a commentator on television news channels. 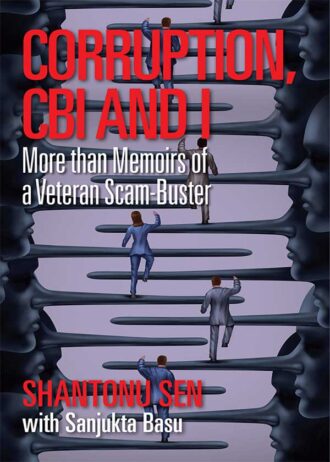