Mathew Cherian, is a civil engineer from Birla Institute of Technology and Sciences (BITS), Pilani and a rural manager from Institute of Rural Management (IRMA), Anand. Mathew has completed his course on ‘Policy Advocacy’ with Advocacy Institute, Washington. He has worked for about four decades in the development sector, including seventeen years in the field of Ageing, and in areas such as Cooperatives, Waste Land Development with Government of India, nonprofits in Development / Relief Operations and Fair Trade in South Asia with OXFAM and leadership training with LEAD and PLAN India. He founded Charities Aid Foundation in India in 1998 and has also been a founder member of Credibility Alliance which works for the ethical norms of the nonprofit sector.

Mathew has been the CEO of HelpAge India for the last seventeen years and served on the Board of HelpAge International. He also serves presently on the Boards of CARE India, Guidestar, Digital Empowerment Foundation and Water Aid and a trustee of AAAM foundation. He has been appointed as a ‘Global Ambassador for Ageing’. He is a Member of the ‘Global Future Council’ of the World Economic Forum on Ageing and Longevity. Mathew served as an Amicus Curiae to the Supreme Court in the Elder Rights matters, for pensions, homes and the Maintenance Law, which has helped bring senior citizens and their issues to the forefront. He is also a Core Group member of the National Human Rights Commission.

Mathew is the recipient of the Lifetime Award from ASLI for senior living in 2019, and in 2018 received a Lifetime Achievement Award from Soka Ikeda College. He was awarded the Outstanding Alumni Award from his Alma Mater BITS, Pilani in 2016. He received the Amir Khusro award for Outstanding Contribution to Humanity and National Integration in 2017 awarded by Amir Khusro Foundation. His first book, A Million Missions, on the nonprofit sector in India was published in 2016. 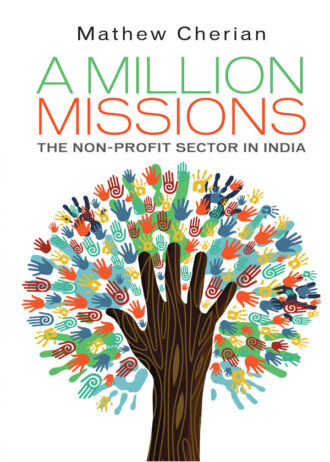 A Million Missions takes a close and comprehensive look at the working of the country′s voluntary sector and its various aspects.
Many of the million-plus NGOs in India work among the poorest and most marginalised sections of society inspiring hope for a better life and a ″new India″. Today′s non-profit sector has influenced the rightsbased paradigm of social welfare and economic development thereby furthering grassroots action and democratic foundations. NGOs in India are involved in diverse areas,from primary education and basic health to caring for the elderly.
A Million Missions is an invaluable resource for representatives of the corporate sector or donor agencies, government officials, civil society activists, and students and scholars of development studies.